Hybrid Vs Native Mobile App Development: Which is a Better Choice?

By Terasol
Feb 23, 2022 2:25:47 PM
5 Minutes Read
Mobile apps are considered as highly dynamic tools for accelerating business growth. There are more than 7 billion mobile phone users globally, with internet penetration currently at 71.5%, says an article on BusinessofApps. This is because they have become the best medium for connecting with potential or repeat customers. You can also provide your customers with the latest updates for making their experience convenient. In the last decade, many companies have heavily relied on mobile apps for bringing innovation into their services. But just getting a mobile app isn’t as simple as it seems, as you have to first make an intelligent choice between Hybrid vs Native apps. In the coming section, we will find the answer to the popular but largely unanswered question of business owners – “Among Hybrid Vs Native mobile app development, Which is better,?”. Keep in mind that the choice will depend largely on what suits your business best. As there isn't a ‘size that fits all’ solution to this, let's dive into the features, technologies, pros and cons of hybrid vs native mobile app development to make an informed decision.

Hybrid mobile apps offer a number of benefits to businesses, Before we dive into the comparison of hybrid Vs. Native mobile app development let's look into their benefits.

Companies can save a lot of money as they only need to get a single app developed, which can provide service to Android as well as iOS users. So, you just need to hire a single team that aims to create a unified app for all users.

This is the advantage that leads to all the other benefits of hybrid mobile apps and gives an upper hand on comparison of hybrid Vs native mobile app development. Hybrid apps are preferred by companies as well as developers as they can be used on both iOS and Android platforms. So, there is no need to design and code two different app versions for both these platforms, due to common code feature.

Easier to Test and Maintain

As the task would be to create a single working app, the development team will be able to test it, debug and make the necessary changes conveniently. Testing done will hold good for both the mobile app platforms. This is also the case with any updates or changes made to the architecture of the mobile app.

A small team of professionals will serve your purpose as you don’t need two teams or a large team for separate iOS and Android platform development hybrid Vs native mobile app development making it suitable for businesses of every scale and varying time constraints. 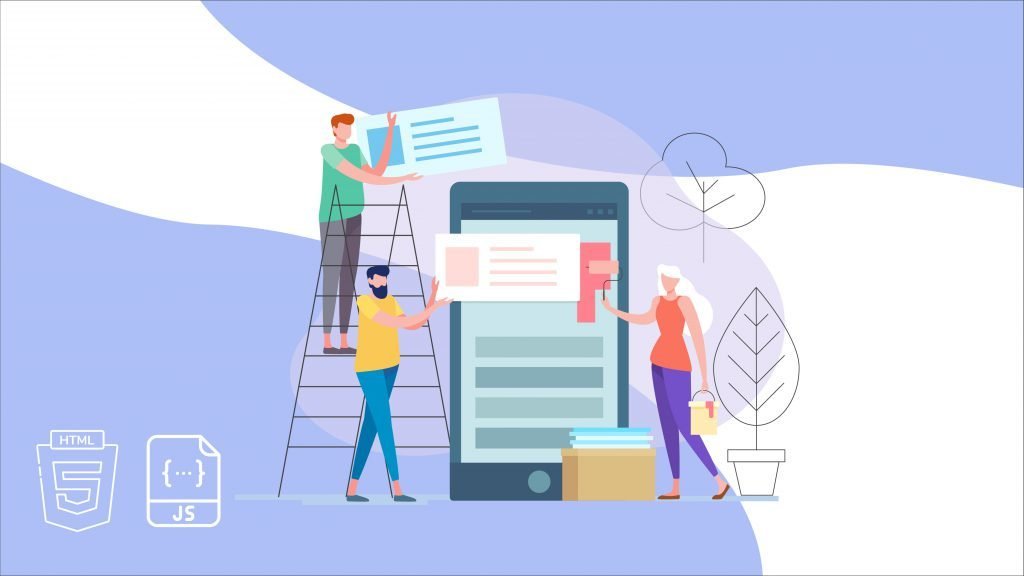 While we have seen that hybrid mobile apps provide a plethora of benefits through platform independence, there are a couple of disadvantages as well which one must consider while choosing between hybrid Vs native mobile app development.

The Hybrid mobile app framework relies a lot on the third-party plugins to provide the features. A lot of times, these have to be created manually to achieve the desired functionality in the app.

Hybrid apps depend on an active internet connection and some of the features won't be available if it isn’t present. This can be a major headache for businesses when they are trying to reach out to users who have access to an unstable internet connection.

User Experience(UX) isnt a strong suit of hybrid apps as there is a need to combine the features of iOS and Android to create a perfect balance. A lot of times, the focus gets shifted to one platform, leading to poor UX for the other platform users.

Hybrid apps are much slow in performance and speed when compared to native apps which might be a factor to look into while considering between hybrid Vs native mobile app development. Also, since they have to be compatible with both iOS and Android platforms, they have to undergo complex and rigorous testing which can be time taking.

Native apps are designed specifically for only one platform, i.e. either Android or iOS. Therefore, the technologies applied for development are different than those in Hybrid mobile apps. For Android apps, Java or Kotlin is used, while for iOS apps Swift or Objective C is the technology used. 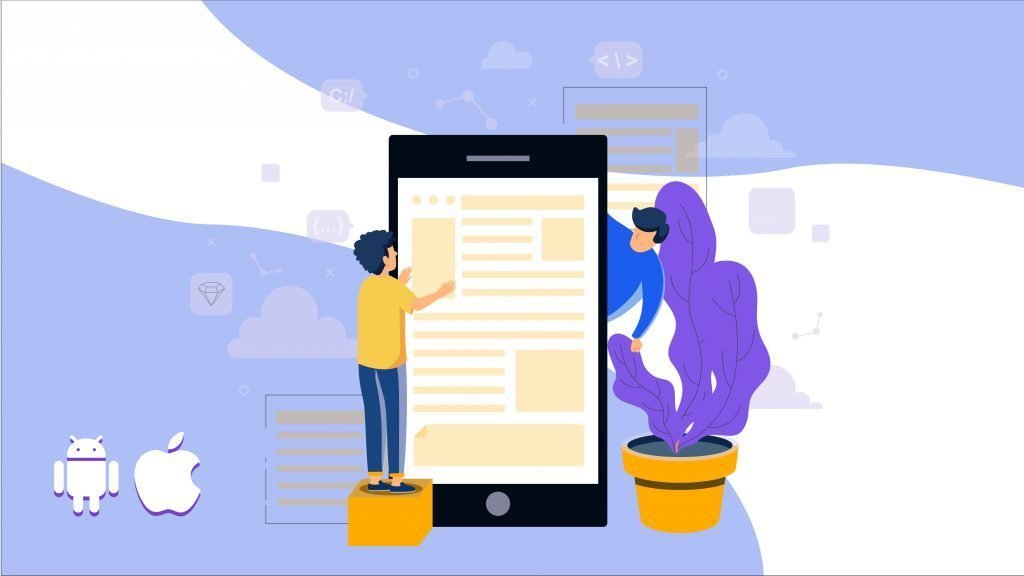 Native apps come with a number of benefits to business owners which can be leveraged to maximize efficiency and customer satisfaction this give Native app development unique upper-hand in comparison of hybrid Vs native mobile app development.

Comparatively speaking, it is quite easy to safeguard the data in a native app for custom mobile app development services. This benefit is an important one as companies from fintech, enterprise sector among others are always on the lookout for ways to secure sensitive user data.

A native app will have the ability to connect with various databases as well as the device’s hardware features without the need for any type of third-party plugin or additional tools.

If we analyze the performance in case of hybrid Vs native mobile app development., it is evident that native mobile apps are faster. This is due to the fact that they are designed using the framework which is native to their platform.

Native app users will definitely reap the benefits of higher performance as compared to hybrid apps. Additionally, they can also operate the app offline, which is still an unsolved issue for hybrid apps. 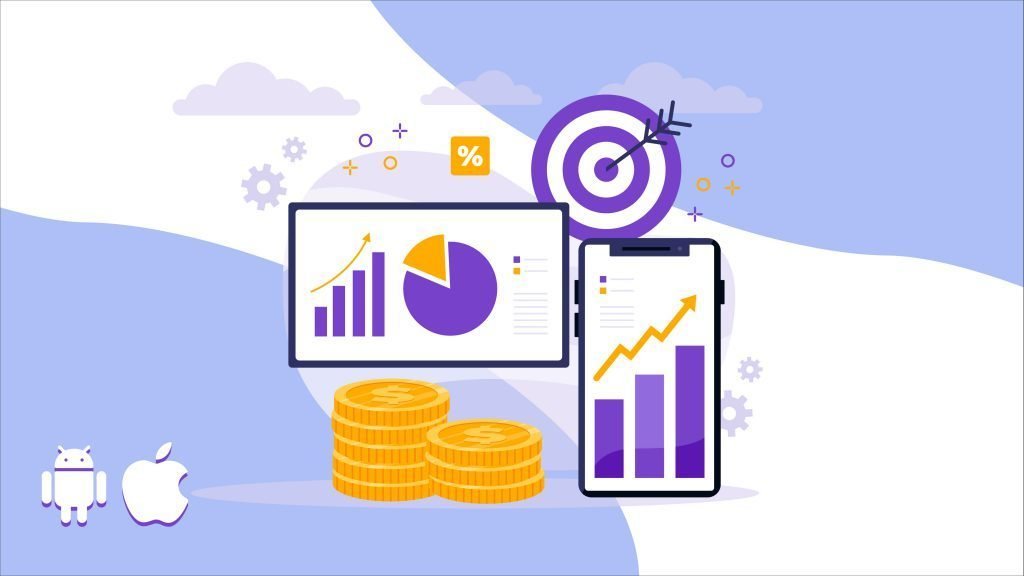 Just like hybrid mobile apps, native apps also have a couple of disadvantages linked to them. Here’s a look at the areas where native apps aren’t such a good option and can get a thumbs down in the comparison of hybrid Vs native mobile app development.

Suppose you wish to build the app on one native platform(say Android), then it will only cater to users on that particular platform. So, if you want to reach out to iOS users, the entire app development will have to start from scratch. This is because platform independence is not supported by native apps. To sum up, you’ll have to invest more time and money into the creation of native mobile apps for both platforms.

Due to restrictions in budget or limitations of the platform, some features might be unavailable to users. This doesn’t happen with hybrid apps. They only contain features that can run on both platforms which might be a factor you need to consider while choosing between hybrid Vs native mobile app development if branding and uniformity is amongst your top priority.

When a bug is fixed in a native app, or a new update is going to be released, it is a tedious process. This is because developers have to first submit updates to app store and then wait for the users to download these new versions. But if users don’t comply due to negligence, less storage space or any other reason, they might be stuck with a glitch or buggy version. It can cause abandonment of the app by users.

Developers face a problem of having no flexibility regarding the platform for which they develop native apps. They have to code for a single platform at any given time, and hence it becomes crucial for you to loosen your purse strings for creating two apps. One for iOS and other for Android.

If you’re looking to create a mobile app for your business, think deeply about factors such as budget, target platform, target users and core functionalities while comparing between hybrid Vs native mobile app development. Once you have analyzed these, you can choose between hybrid vs native apps as per your business suitability. Still not sure about the budget? Let our software development company help you with our powerful and Intuitive Cost Calculator. You’ll get an interactive insight into the amount of investment it will take to get a fully functional and customer experience centric mobile app.

8 Book Apps To Increase Your Love for Reading 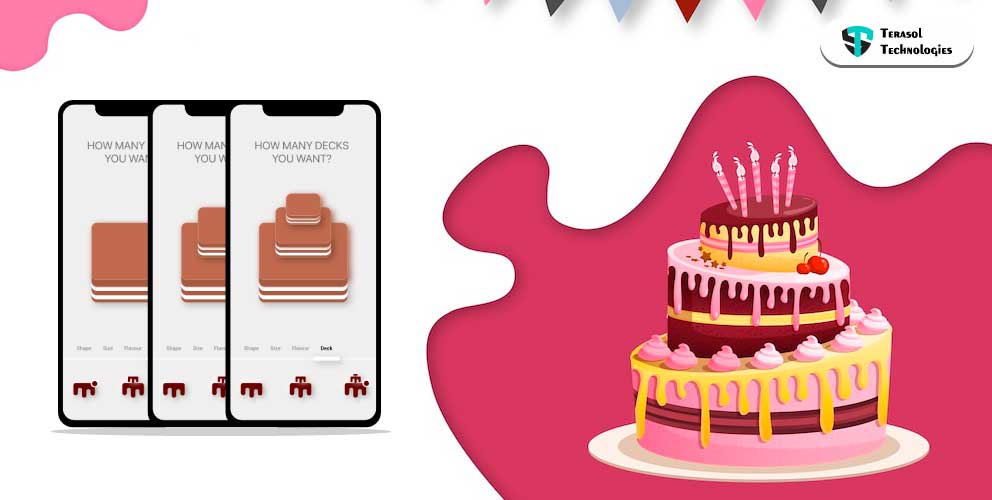 Why is A Custom Cake App For Your Business Is A Great Idea?