So, it's important to select the right technology that makes the backend highly effective and scalable. Fortunately, there is a huge range of advanced programming languages to choose from for the task.

Node.js and Go are both popular among developers, but which is superior for back-end development? Nodejs vs Go, how do the two back-end programming languages stack up against one another?

Continue reading to find out which is the greatest fit for your project. This article will compare Node.js with Golang to help you make a better decision by describing the strengths and cons of each. We'll also highlight the top firms and apps that use them.

Let's get started with the basics first!

Since its inception, Node.js has grown in popularity by leaps and bounds. Its non-blocking I/O design enables developers to create highly scalable, lightweight, and quick applications.

Node js is a revolutionary web app programming language. As it allows for the creation of code for both frontend and server-side development. Node.js is now used in apps by organizations such as e-Bay, Netflix, and Walmart.

Golang, also known as Go, is an open-source, statically-typed, multi-purpose programming language developed by Google. It combines the performance and security advantages of C/C++ with the speed of Python. Go is a structurally sound, strong, and efficient concurrent programming language that is popular for its garbage collection, memory safety, and dynamic interfaces.

Go is not suggested for web development or Custom Mobile App Development Services instead, it is best suited for cloud-based interfaces, networking applications, real-time application development, and microservices. The companies using Golang for development are BBC, Medium, and Uber.

After looking at these backend development applications separately, let us move forward to the benchmark comparison of Nodejs vs Go.

Nodejs vs Golang-Which is the best for the backend development?

The Go language may appear to be the ideal answer for web app development. It is because of its ease of use, compilation, and growing popularity among web developers.

But, on the other hand, Node js isn't losing ground either.

So, there is only one way to settle the Nodejs vs Golang Comparision: to compare the properties of Go and Node JS.

As JavaScript is already widely used, Node.js has a lower learning curve. JavaScript is one of the most used programming languages in the world. Golang is often more difficult to learn for programmers. Full-stack developers must learn everything about a full-stack framework, including its specific processes, concepts, rules, pointers, strict typing, interfaces, and database, among other things, in Go.

Even though Go was launched in 2009, it is already regarded as a mature and robust tool. Simultaneously, Node JS demonstrates the same level of maturity and has the support of a larger audience.

As a result, in the Node vs Golang maturity comparison, both are nearly identical.

The Go programming language was designed with scalability in mind. In reality, because of the function goroutines, which may be executed concurrently with one another, the Go language is perfectly suited for scalability. Goroutines are a valuable feature in Go, assisting in the effective and reliable handling of parallel threads. Scalability in Node JS, on the other hand, is less functional. As a result of its weaker parallel process, it is not recommended for large projects.

When it comes to raw speed, Go performance has a modest advantage over Node.Js. Go does not require an interpreter and is simply compiled into machine code. Go now has the same performance as low-level languages like C++. Node JS, unlike Golang, cannot provide the raw performance of CPU or memory-bound workloads. Go performance is on par with Node.js in terms of IO operations.

In the performance comparison of Go vs. Node JS, Go outperforms NodeJS and assists, developers, in achieving better performance.

In terms of real-world performance, Node.js trails Go by a hair. Node.js is a much-improved single-threaded thing that increases efficiency. Aside from that, the V8 Javascript engine ensures that the application will run in real-time without the need for an interpreter.

However, when it comes to database server interaction or network applications, the NodeJs and Go performance is frequently equal.

However, on the plus side, it ensures greater uniformity and a faultless product.

Error handling in Node JS might be unreliable at times. However, it provides more traditional, better, and explicit error handling than Golang, which uses a typical throw-catch error handling mechanism. The faults are displayed and repaired immediately before any further operation in this usual technique. The nice aspect is that many web developers are already acquainted with this technique.

Because Node.js is built on JavaScript, and many developers are already familiar with it, it is relatively simple to find developers. Finding Go developers will take more time and effort.

Nodejs vs Golang- Tools for Development

Node.Js provides a wide range of development tools and languages, which is a compelling incentive to use it.

Furthermore, Node Package Manager is a standard library including around 8,00,000 building pieces that may be simply installed and have trouble-free operations.

Golang, on the other hand, has fewer tools than Node.Js. Go has a full-fledged standardized library with features that can be used without the need for third-party support. Many complex and creative tools are available in Go lang.

Go loses to Nodejs development when it comes to tools.

Because Nodejs is single-threaded and uses an event-callback mechanism, everything must be done in a linear order, and concurrency is not possible.

So, in this round of Go vs. NodeJS, Go wins!

JavaScript has been around for over a decade, therefore you can readily discover all kinds of tools for Node development.

The JavaScript community has built and contributed various libraries and tutorials for years.

While Golang has some good packages and libraries to use, the truth is that it will take some time to catch up to Node JS.

Thus Node is the winner when it comes to the ecosystem.

As previously stated, both Golang and Node JS are open-source programming languages with active communities dedicated to their advancement.

Nodejs is a vast and active community. Intel, IBM, Paypal, Microsoft, and Godaddy are all active members of the Node JS foundation.

In contrast, the Golang community is young and small. However, it is increasing year after year.

A Golang Survey found that 59 percent of participants (up from 55 percent) desired to contribute to the Golang community. Its full potential has yet to be realized, particularly in data science and machine learning.

Wrapping Up Nodejs vs Go

After conducting a Nodejs vs Golang comparison, it is difficult to declare a winner. Both have advantages and disadvantages. Golang dominates in terms of performance, whereas Node.JS leads in terms of simplicity and development tools.

All of this clearly shows that there is no optimal language for web development. Everything relies on the type of web application you wish to create.

If you are thinking of the backend development of your application, it's best to contact a software development company. They know which among them is a better language to employ for every given project. Speak with our specialists to obtain the most up-to-date knowledge on this subject according to your business requirements. 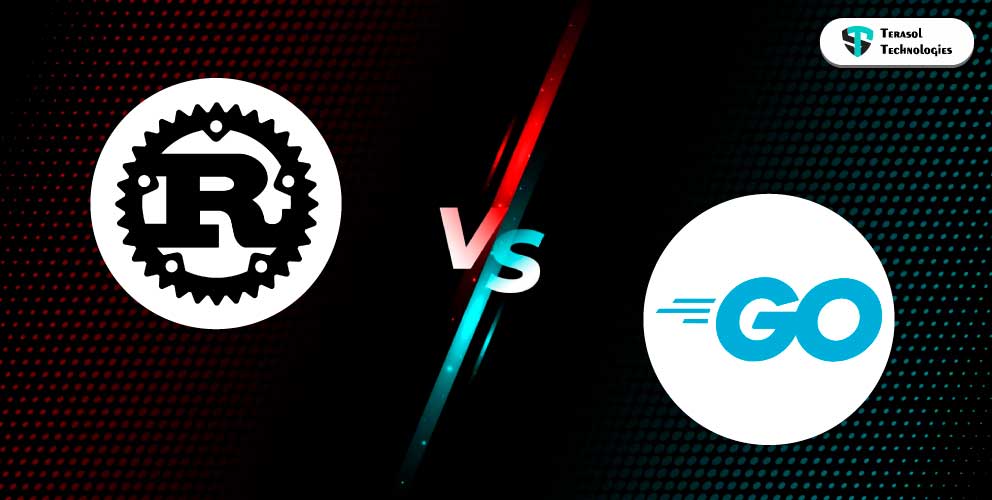 Rust vs Go: Which is the best programming language to use in 2022? 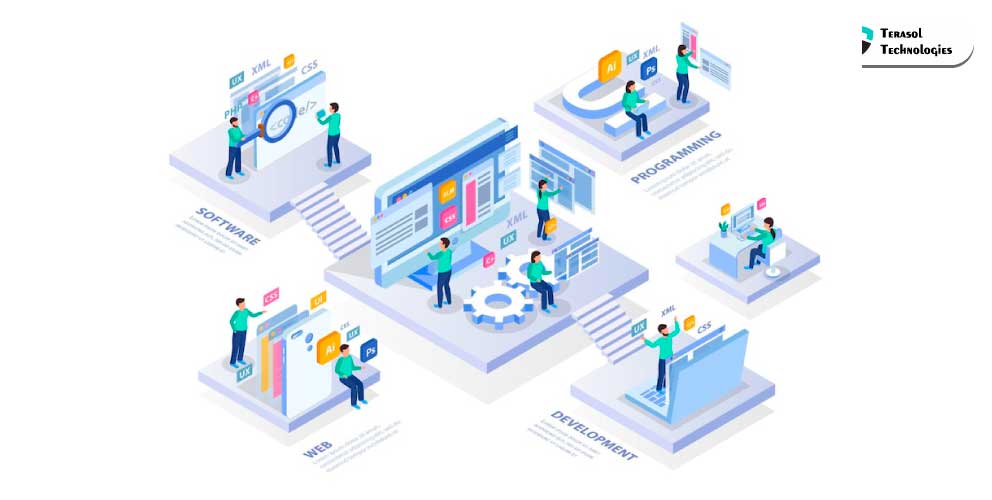