The Internet of Things can reap impressive benefits to businesses. IoT can be thought of as the next-generation interconnection paradigm, allowing connectivity between people's machines and gadgets without the need for human interaction.

It's the cutting-edge technology that powers the world's smartest cities, self-driving cars, and smart homes. A simple IoT app made with the help of Web Application Development Companies can help businesses gain valuable insights and data on not just who they're talking to, but also when, where, how much, and how they're talking to them.

IoT security challenges becomes a persistent concern issues as more and more IoT devices find their way into the world, deployed in unmanaged, complicated, and often hostile contexts. For a long time, the security of IoT devices has been a source of concern, with the unavoidable result of allowing both small- and large-scale attacks.

Anything with an internet connection is vulnerable, including refrigerators, smart locks, thermostats, lightbulbs, automobiles, and even smart toys.

It is always a problem to tackle IoT security challenges and threats when using them. Many businesses continue to delay implementing an IoT cybersecurity strategy, failing to recognize IoT security concerns until it is too late.

Here are some IoT security challenges with solutions a business might face.

In a young and serious market, rapid development combined with the assurance of quick benefits is unquestionably terrible for security.

As more firms use IoT technologies, a slew of new IoT security issues and vulnerabilities will emerge. There are now "things" that interact with the Internet without human intervention, in addition to us and our computers.

In many ways, the Internet of Things is fantastic. However, technology has not yet evolved, and it is not completely safe. Many security challenges of IoT remain for the entire IoT environment, from manufacturers to users, including:

Nearly every day, a new IoT gadget is released, each with unknown vulnerabilities. A Bluetooth key with the same MAC address as the padlock device, for example, can be used to open a smart fingerprint padlock. This is one of the most serious IoT security concerns. Manufacturers will continue to create devices with poor security while there are no global IoT security standards.

Manufacturers have identified the following security vulnerabilities in IoT devices: Passwords that are weak, easy to guess, or hard-coded Hardware problems because there isn't a secure update mechanism in place, Data transmission and storage are insecure.

Use device authentication to limit access to a connected device and the data it generates to only those who are authorized. Take advantage of digital certificates, which allow a digital entity to securely communicate data. Apply stringent standards, best practices, and recommendations gleaned from reliable sources.

The use of brute force and preset passwords

According to several government assessments, manufacturers should avoid selling IoT devices with weak security credentials, such as usernames and passwords that include "admin." Nearly all IoT devices are vulnerable to password hacking and brute-force attacks due to weak passwords and login information.

Most of the firms that use factory default credentials on their devices expose their business, assets, its customers, and their sensitive data, to a brute-force attack.

Using various SSH security measures, it is recommended to make the route user unreachable to prevent brute force attacks. To avoid sensitive privacy issues, use a strong password or captcha. As part of your security approach, you should also set a login limit for a single IP address or generate unique login URLs.

Testing and upgrading are insufficient

One of the major issues IoT security challenges with tech companies that create these gadgets is that they are too sloppy when it comes to dealing with device-related security risks. The majority of these devices and IoT items receive insufficient upgrades, and some do not receive important security patches at all.

It means that a device that was formerly deemed to be secure when it was first purchased becomes insecure over time. It makes it vulnerable to hackers and other security threats. IoT results in outdated technology and software leaving software vulnerable for future breaches.

To safeguard their customers from such attacks, organizations must thoroughly test each gadget before releasing it to the public, and they must be updated regularly. Failure to do so is harmful to both businesses and their customers, as it only takes one large-scale data breach to bring a corporation to its knees.

Lack of Awareness and Knowledge

IoT is a relatively new technology, and many people are unfamiliar with it. While the vast majority of IoT security vulnerabilities are still on the manufacturing side, users and business cycles might pose bigger hazards. The user's obliviousness and lack of acquaintance with the IoT's value is amongst the main IoT security challenges. As a result, everyone is at risk.

The mentioned IoT security challenges can be radically reduced by acquiring knowledge on IoT security solutions and devices.

Large enterprises are continually harnessing, transmitting, storing, and processing data utilizing a variety of IoT devices. All of this user data is frequently shared or even sold to numerous companies, infringing on our privacy and data security rights and fueling public distrust.

We need to establish dedicated compliance and privacy guidelines that redact and anonymize sensitive data. Storing and disassociating IoT data payloads from information to be used to personally identify us.

Small businesses with limited finances and people may find it challenging to develop secure mobile apps and web-based IoT applications. Consider looking through a directory of mobile and web development businesses to locate the best one that can meet all of your security needs while also managing multi-layered data.

Healthcare, retail, manufacturing, and life sciences all have IoT and IoMT-enabled equipment. These IoT security challenges reveals a significant number of flaws in a wonderfully diversified range of related objects.

Traditional connected devices and legacy systems with weak security features are vulnerable to hacking attacks such as:

Malware for IoT devices and ransomware

While classic ransomware depends on encryption to lock users out of various devices and platforms. The hybridization of malware and ransomware strains is on the rise, intending to combine the two types of attacks. The ransomware attacks could be aimed at reducing and/or disabling device functioning while also stealing user data.

A simple IP camera, for example, is suitable for gathering sensitive information from a variety of locations, including your house.

In the future, as the number of IoT devices grows, there will be more unpredictability in terms of unwanted access or theft.

If future cryptocurrency abuses are to be avoided, IoT apps, structures, and platforms based on blockchain technology must be regulated and regularly monitored, and updated.

You can use cryptography to overcome these data security issues. You may protect your sensitive data from unapproved access and data theft by encrypting it. Furthermore, data decryption can assist you in maintaining data confidentiality and privacy. For Man In The Middle Attacks, cryptography is also the usual defense.

Artificial intelligence (AI) and automation are already being used to sift through enormous amounts of data. They could assist IoT administrators and network security officers in enforcing data-specific policies and detecting aberrant data and traffic patterns.

Using autonomous systems to make autonomous decisions that influence millions of functions across enormous infrastructures, on the other hand, is a risky proposition. Power and transportation may be too dangerous, especially when you consider that all it takes is a single coding error or a malfunctioning algorithm to bring the entire infrastructure down.

The majority of them concentrate on two things: keeping IoT safe from attacks and keeping user data safe from theft.

Strict legal and regulatory frameworks focused on manufacturers can address both of these IoT security challenges, with substantial fines and work restrictions imposed on those that do not comply.

The Internet of Things has resulted in numerous developments from both a corporate and an individual standpoint. To improve automation, these apps and gadgets are being linked with current frameworks, particularly mobile app development.

Contact us, we provide a lot of potential for upgrading and improving your business applications with the safest IoT devices and apps.Web Application Development Companies Our Software Development company can outgrow your business with wearables and linked devices. 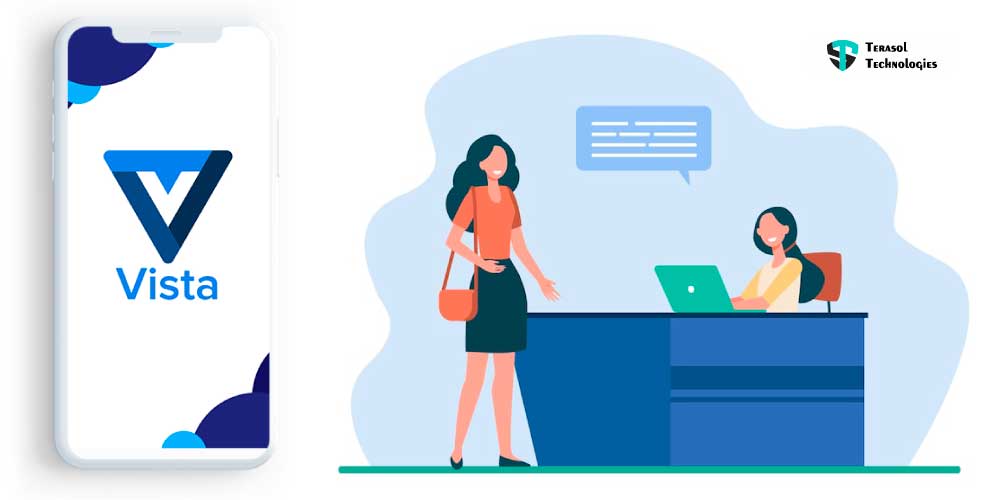 Why Choose A Visitor Management System For The Security Of Your Apartment? 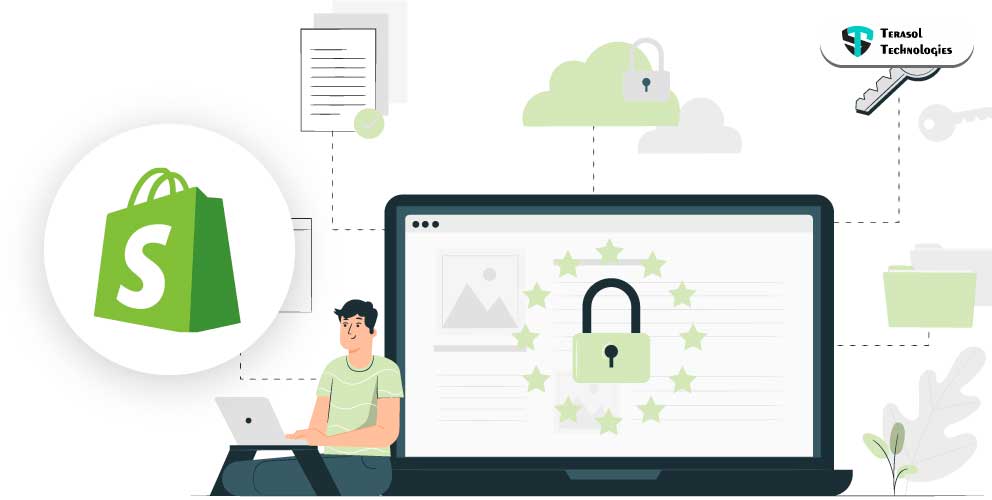 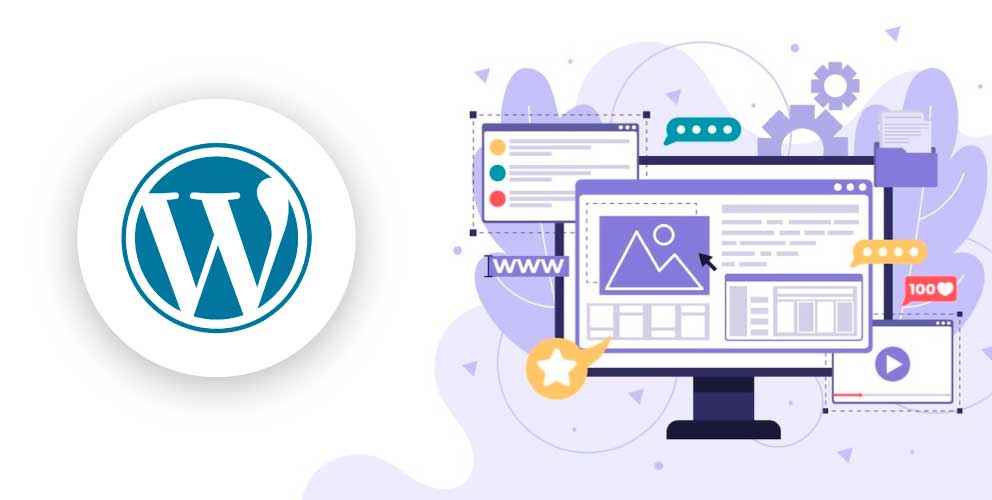