How much does a contractual Node Js developer cost?

Say you're thinking of a startup hoping to create an amazing product and effectively market it to a huge potential audience. Naturally, you want to achieve this for the least amount of money possible.

So creating a server-side web application with web app development companies is a suitable option.

Walmart, PayPal, Uber, LinkedIn, and Netflix are all Node js based apps, and we all know how well-known they are for being the best-in-class.

According to a study, 43% of Node JS developers use it for enterprise applications and 85% use it for web app development.

If you look at how app developers around the world love using node.js, you'll find that about 49.9% of them use it for their projects.

By now, you might have understood how well-versed the developers are with Node.js. Not only that, Node JS can improve the performance of applications by 50%.

Node.js is one of the most popular frameworks for developing online applications that use server-side scripts to generate dynamic content. You'll need access to Node.js developers, either internally or externally.

Hiring an internal node js developer might help to have full control over the development process although it may be a burden.

You might need to have a cost-efficient developer and an in-house Node.js developer can be expensive in the United States.

With this article, you will have a clear view of all your hiring quest of Node.js developers without breaking the bank!

But, first and foremost, you must comprehend this backend technology.

Node.JS is a server-side scripting framework that uses an open-source JavaScript run-time environment. Its most prominent feature is the ability to run scripts outside of the browser.

Node.js is built on JavaScript and is quick, lightweight, and performant.

The major distinguishing characteristic of this language is that it offers a metachronous way for executing files, allowing several jobs to be completed at the same time.

Node.js is quickly becoming the preferred choice for developers due to:

Understandably, you'd want a good Node.js developer to work on the backend of your digital product.

Another notable feature of this open-source framework is that it is a popular choice for developing real-time apps like chatting, streaming, and live-tracking platforms.

Coming back to the original question how much does it cost to employ a Node.js developer?

To make sure you hire the right node developer, various parameters should be considered.

A closer examination of this figure reveals that the total cost of developers is highly dependent on:

Let's go in-depth of each of these elements in greater depth further down.

The more complex a large the development application is the more number, hours, and expertise it takes.

It will often take less time to connect your application server to a well-known third-party API than it will create your full Node.js powered back end from scratch.

It's also worth noting that sophisticated features take longer to implement. Regardless of the payment mechanism, you'll have to compensate developers for the additional hours required for the project.

The number of developers and the experience required to complete the project is determined by its size. Let's have a look at different sorts of Node.js applications at different scales.

Want an overall estimation for your node development project? Talk To Our Experts Now.

You may already have a list of capabilities in mind for the Node.js developer who will be the best fit for your needs. However, the cost of contractual Node.js developers is inherently affected by the different node development skillsets.

The cost of hiring a Node.js developer is highly dependent on the developer's knowledge and experience. Choosing the proper level of competence for the job is linked to how well you defined your project's scope.

Suppose, to put up the back end for a small business landing page, you wouldn't require an advanced Node.js developer. Naturally, the value that an entry-level Node.js developer and a senior-level software engineer can contribute to your company is vastly different.

With Node.js, you can build up a web server and connect front-end functionality to back-end APIs. They know the fundamentals of HTML, JavaScript, routing, templating, and database setup. These developers lack experience and cannot be expected to handle complex development circumstances.

Experience: Less than a year or two

They know the JavaScript development ecosystem as a whole. Stacks of technologies such as MEAN, SQL, languages, GitHub, Libraries, DevOps development are something they work a lot with. They are in charge of data interchange between servers and users. Such developers will be crucial assets for the team if you are planning to build a large-scale Node.js application. They have to develop back-end components and integrate applications to other services.

They have strong programming skills in JavaScript. They know how to create npm packages from the ground up and have a working knowledge of other server-side technologies. Assuring the central database's best performance and responsiveness to front-end requests. An expert developer's code will be developed with maintainability and scalability in mind with the knowledge of AWS, AR, VR, SQL, testing, etc.

💡To know the hourly hiring cost of node developers in different regions, click here to access our sheet.

So, the better the developer's talents and expertise, the higher the fee you may expect to spend on your project.

Till now you must have understood the expertise your project will need.

But to begin calculating the node developer cost, you must first select the appropriate engagement model. Should you consider hiring Node developers in-house, outsource off-shore, or hire a freelancer?

While hiring a freelance developer is less expensive, although it lacks professionalism and time management. You may not feel comfortable entrusting them with a complicated web application development job.

Inhouse developers may have the benefits of direct communication, but it can be costly in the long term. You have to pay them even when they are not working. You have complete control over who is responsible for which component of the project when recruiting personnel, but you'll need to find each of those abilities independently.

Outsourcing Node.js web application development provides the best value for money because you can hire some of the best Node.js engineers at a lower cost. You have the option to choose from an entry-level developer to an expert developer, or you can even outsource the whole team.

So some main reasons for developer outsourcing are:

From which region to outsource?

One factor has the greatest impact on expenses despite having nothing to do with your project or developer requirements. is the region. Everything in these areas, from broadband tariffs to rents, fluctuates at the same rate as developer prices.

Let’s check the outsourcing cost in these 6 regions:

💡To know the monthly rates of node.js developers in these regions, check our google sheet.

By now you must have observed the best price for node developer outsourcing is offered by India and similar Asian countries.

India is one of the fastest-growing economies.

According to a recent Deloitte survey, 59 percent of organizations are presently outsourcing to India, while another 22% are considering doing so.

In upcoming years, more than 40% of IT personnel will be trained in the in-demand technology stack to meet the industry's sophisticated expectations.

Terasol gives you the best team of Node.js Developers

You're now aware of all the factors that go into hiring contractual Node.js developers.

Terasol Technologies is an established software development firm with excellent expertise. From startups to large corporations, we provide on-demand development developers and teams.

Reach out for a virtual coffee and let's discuss together how we can help you with your next Node.js project. 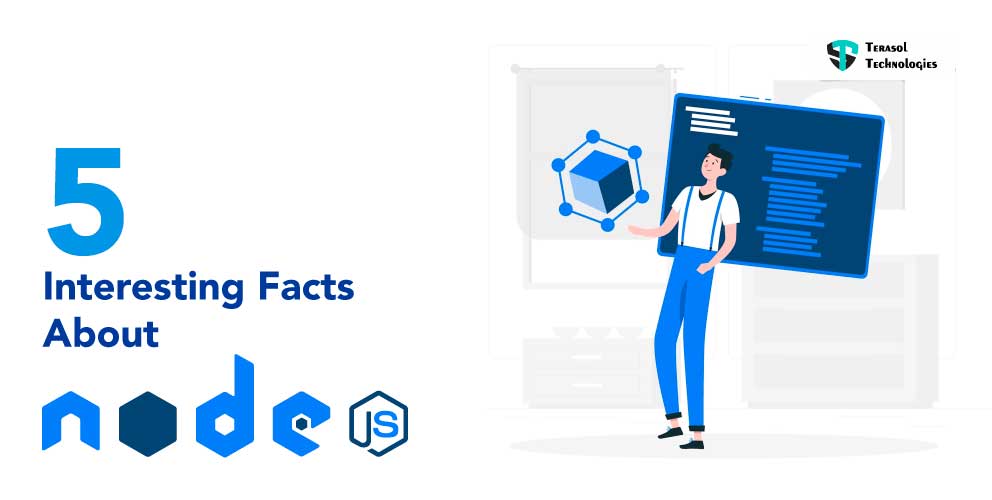 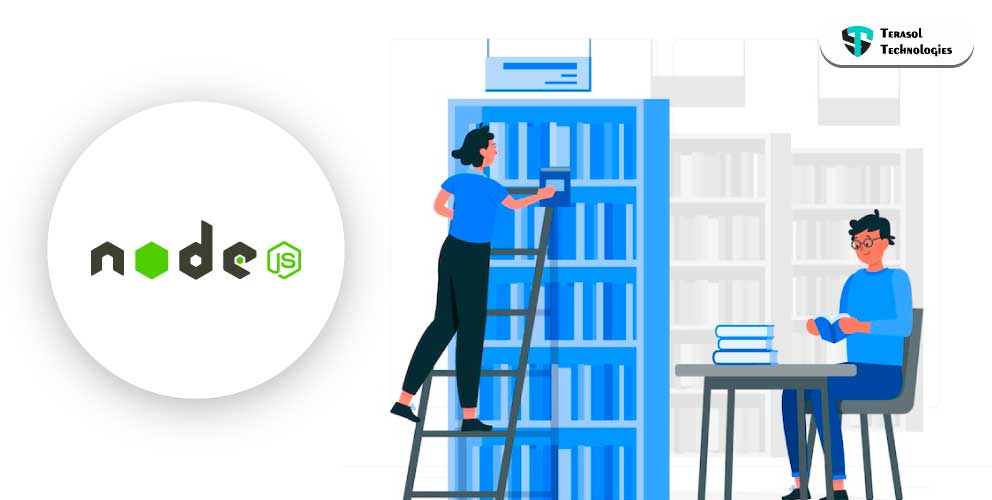 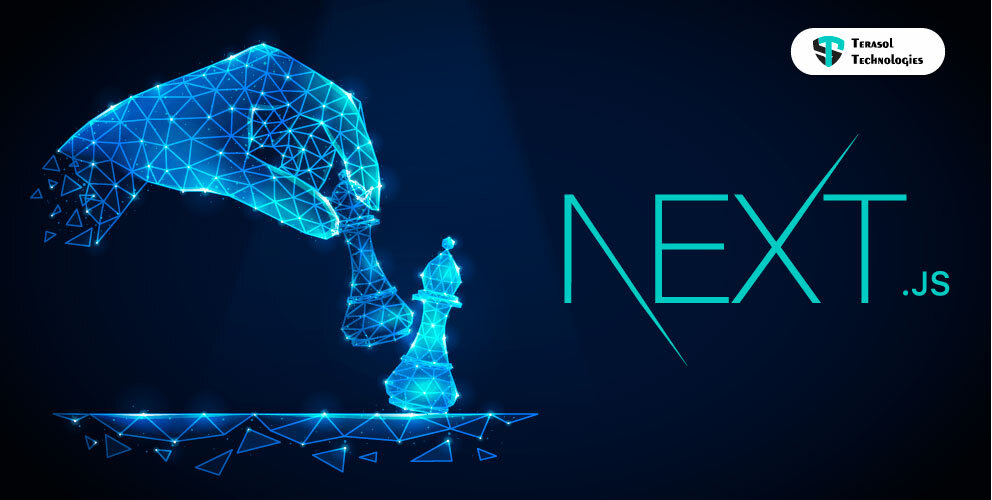 How much does it cost to hire Next.js developer?